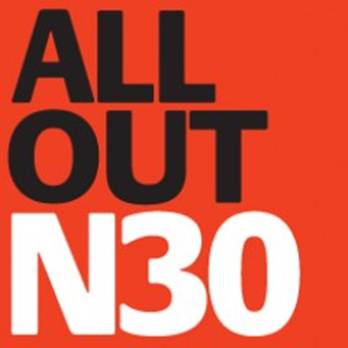 The GCU Combined Union Committee have called a Joint Rally for Tuesday Nov 29th – details below.  This is called on the eve  for the massive strike in defence of pension rights on November 30th.  3 million workers are to take strike action on N30 – this will include those at GCU in 3 unions: EIS/UCU and UNISON.  This is the biggest coordinated strike action for a generation and shows the seriousness of the attacks on all of our pensions, STSS, USS and the Local Government Scheme.

Your union will contact you with details of pickets on the day but try and get along to this combined rally next Tuesday.

Hope to see you there