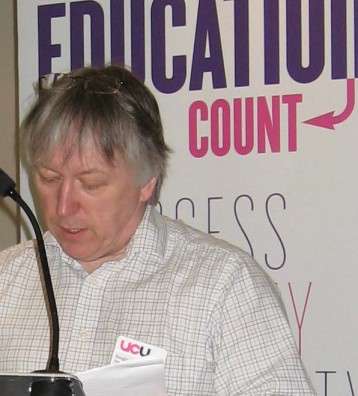 Although UCU has voted not to strike on this occasion, we are fully behind efforts to win better conditions for staff

On behalf of UCU members at Glasgow Caledonian Local UCU President Douglas Chalmers sent a message of solidarity to fellow academics in EIS who are taking action on the 23rd and confirmed he would be speaking at the Rally at midday in their support.

Said Douglas: “Although our members did not vote for strike action on the 23rd, we are fully behind all efforts to help win better conditions for all staff in Higher Education in Scotland and wider afield. The latest figures released in relation to surpluses held by Scottish universities shows that there are funds there, which the universities are choosing not to use to help the living standards of their staff. This is wrong. It is about time that staff at Scottish universities were properly rewarded and appreciated by management. The vision held by the management of Scottish Universities, and those South of the border, is negative and self-defeating, and does not create the world class universities our country needs. We say this is wrong and has to change”